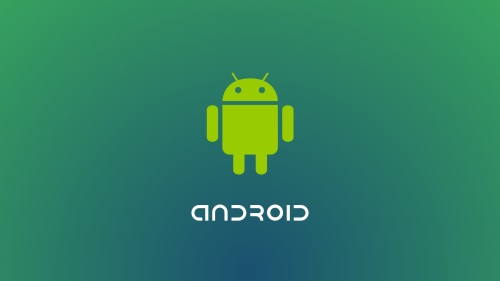 Samsung recently released the Galaxy Note 9. Other than the Note 8, all the Note predecessors had found success in the market. Samsung Galaxy Note 9 is also poised to achieve a significant market share in the coming months. This powerful phone has almost everything an android lover could ask for. This high-end smartphone has several variants, and even with the lowest priced model, you will get a 6.4-inch display, 845 SnapDragon processor, 6GB RAM, and 128 storage. If you are willing to pay more, you will get better specifications, but I firmly believe the lowest priced model is sufficient for most users.

You will also have the ability to use the S-Pen which comes with the Note 9. This year, Samsung decided to make the Pen yellow. It's small, but it makes you feel like that you are writing on a paper. What's more, the DeX technology can turn your Samsung Note 9 into a computer. All you have to do is to connect it to a monitor or TV using USB-C to HDMI adapter and cable.

Never settle is the slogan of OnePlus. OnePlus 6 is capable of offering high performance with it's Snapdragon 845, 8GB RAM, and 256 storage. It comes with a 6.01-inch long display. This giant screen also features iPhone like notch. Due to the stock android like experience, a lot of users are willing to shell out their money for this killer. It is available in most countries and comes in vibrant colors.

Sony's Xperia XZ2 comes with a 6GB ram, 5.7 inches long display, 64GB storage, and obviously the Snapdragon 845 chipset. This amazing phone is available in four different colors at a very reasonable price. The main featured camera is 19MP and the front camera features a 5MP lens. This phone boasts a ton of useful sensors including the gyro EIS, predictive phase detection, and more.

Highly lauded for bringing the android to the mainstream, HTC, a Taiwanese company, kept offering incredible smartphones for a very long time. HTC U12+ is considered one of the best smartphone with a fantastic camera. One other cool thing about this phone is it’s 845 Snapdragon chipsets. This smartphone with 845 chipsets has built-in Alexa features.

This new flagship from  HTC kept some of the cool features from its predecessor HTC U11Plus and added extra features to make it better. It has a water resistance of IP68. The buttons of this phone are not physical, but they are still pressured sensitive. Instead of the satisfying physical click, they now offer haptic feedback to let you know that you have pressed it correctly.

There are two types of people, one who loves the notch, and one who don’t. This is a Snapdragon 845 smartphone coming from Asus with a notch. If you are a big fan of the notch, or if you don’t care, you can spare some to check this phone. This phone comes with a 6.2” IPS FHD with a resolution of 2160x1080. It is equipped with 6GB RAM and 64GB storage.

The primary camera with 12MP lens comes with OIX/EIS. The front camera it comes with has 8MP lens. In a nutshell, if you don’t want to break the bank but still want a phone with 845 chipsets, this is the best 845 snapdragon android phone for you.

Unlike most of the listed phones here, Galaxy S9/S9+ has wireless charging. So if you don’t like the tangled wires, you are in luck. Just put it in a wireless charger, and your phone will start charging instantly.

These are some of the best snapdragon 845 phones in the market. Different manufacturers are embracing this powerful processor, and we may see more smartphones with Snapdragon processor in the future.

How To Enter Download Mode in Samsung Galaxy S7 Edge