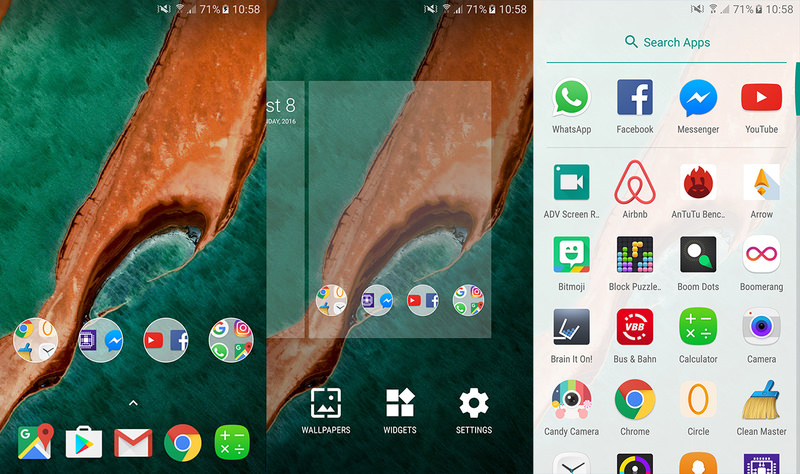 Android’s new version is out. Exciting times for Android lovers as Google recently started rolling out the Android Nought to the users. Despite the fact that Android marshmallow was unveiled a few days ago, Google seems to make Android N more popular within few days.

Recently a new launcher started to surface on the online as the Launcher style of Android N. This is not like the Google Now launcher or any other launcher in the market. That’s why we have decided to dive in to this launcher.

We have shared the launcher in the later part of the post, but we are going to share some of the crucial things about it. If you download the launcher and install it on your phone, you will be greeted with a Google Search button placed on the top left of the screen and a calendar on the right side. Just like other launchers, you will be allowed to place your favorite and most used five apps to access quickly.

You might wonder about where is the apk drawer icon, well, here’s the catch, there isn’t any. You just tap on the little arrow on the dock or just simple swipe up to open the app drawer. Sounds interesting, right? There is also a search button at the top of the page to find the most used apps. Like marshmallow, you will have to scroll vertically to find apps.

How To Enter Download Mode in Samsung Galaxy S7 Edge