How to make Google’s DIY Cardboard VR Headset at Home 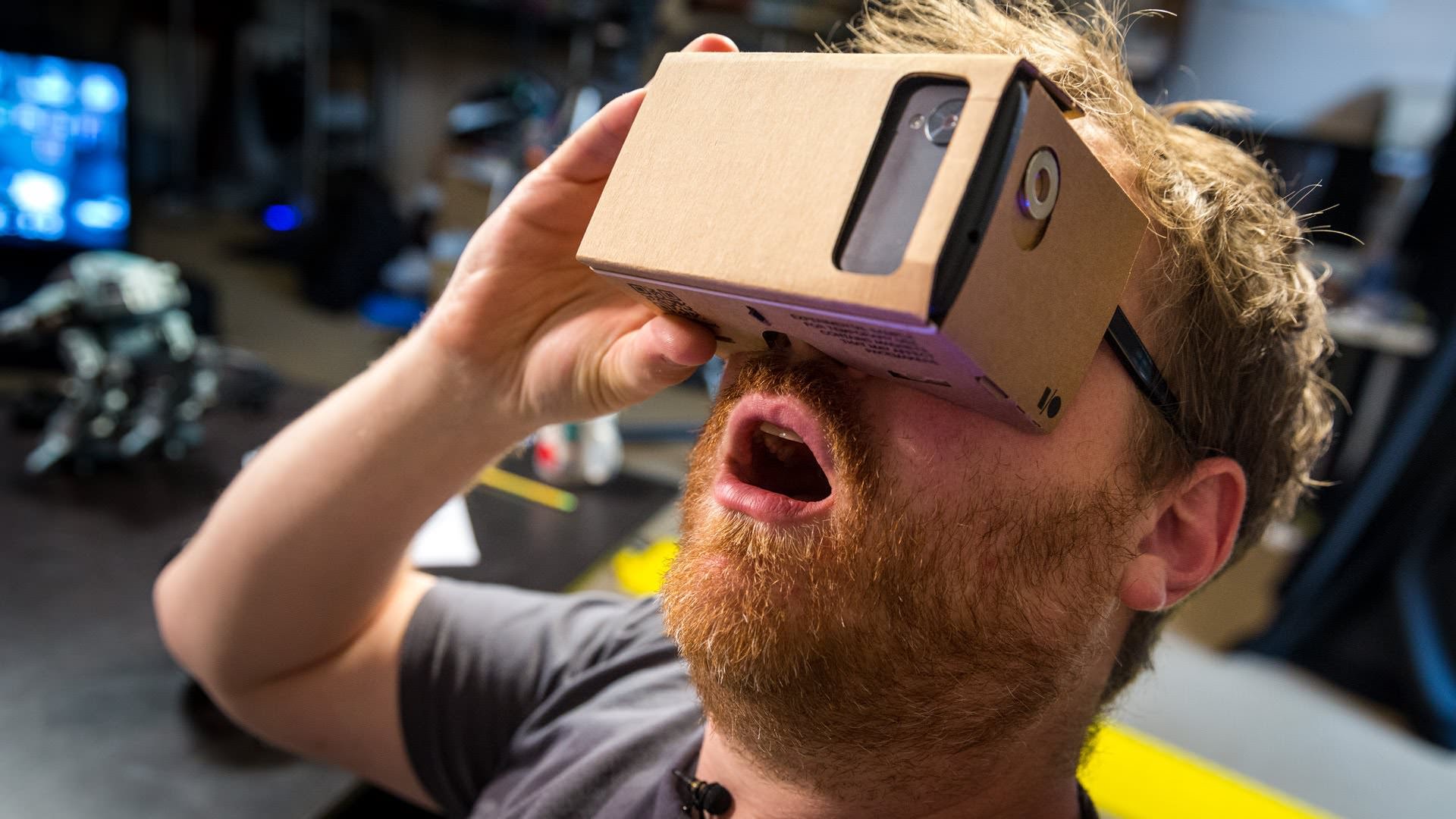 Do you want to make your own VR viewer. Google has made it too smple for us to have our own VR viewer for few to almost zero cost. However it’s not that easy to make but it will take only two to three hourse to craft one by cutting cardboards. Remember Macgyver? Some of you will and some of you won’t. However, while making this cardboard for Google’s I remembered him. Let’s get going on the process of making Cardboard to use virtual reality.

How to make Google’s Cardboard DIY VR Headset at Home

You might be wondering about the function of the cardboard. Well, cardboard is used ot hold two 40mm lenses 40mm from your phone’s display. The lense you need is 40mm and Google provided a German amazon seller which is sold out. However you can purchase the lenses from Edmund Optics. They might not little thicker but works perfectly.

1. Now print the image provided by Google Cardboard. Remember to print it in 100%. Download the file for Cardboard from here. There are two files available and we suggest the standard one as it will cost you less then than the laser cut option. Laser cutting is more perfect but it is costly.

2. Now we have to cut the cardboard according the formula that you printed early. Remember to use pointy small knife. You can use scissors but it might take more time that you expected. This is going to take a while. While doing this you should make a coffee. That might help you to keep up the good work. In order to make the work more perfect we suggest you to use a ruler also.

3. Keep cutting the cardboard and after two hours o working you will understand that you hate cardboard more than ever. I know it sucks because I did also. However if you need to ask questions or discuss about the cutting process more thoroughly then you can ask in stackoverflow.

4. If you cant get a good holding of the phone with the cardboard than keep using white tapes. It might be tough to get a hold of the lenses but just tape it. believe my words and tape it.

If you are too lazy to make this cardboard app but want to use it then you can hold the lenses & phone like the photo below. Just try your best to keep the lenses 40mm far from your android phone’s screen. It might sound funny but it works.

These are the BEST APPS FOR GOOGLE CARDBOARD VR

Lol,This article is very helpful in providing us with the awesome tip related to DIY google cardboard VR glass.Thank you very much,I also found a pretty new VR virtual reality 3D video glasses for iPhone 6 Plus / Samsung Galaxy S6 etc. 3.5 inch – 6.0 inch Android iOS smartphone at the onu-mall online store which expected to be the most cool and hottest item this year,i intend to buy it despite it is priced a bit dear,could you please check up the case at the store and give me some suggestions?Highly appreciated to your professional recommendations!