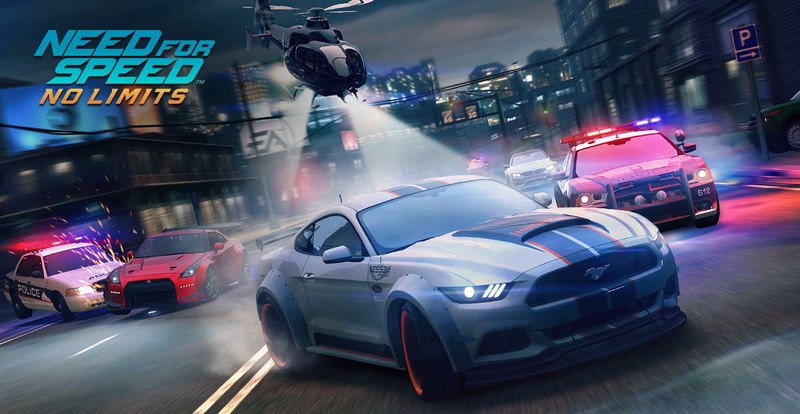 Need For Speed No Limit

I am a die-hard fan of the Need For Speed sequel. Most Wanted is one of my favorite racing games of all time. You can check this new Need For Speed No Limit game on your android phone. This game provides fantastic tracks and cars. You will start as a rookie and after completing tasks you will be able to unlock more car blueprints. As the game progresses, you will race with the top racers. By beating and finishing first you can get money, points, parts, and blueprints of cars. Using these rewards you will be able to modify and make new cars. One of the best racing games for android. It’s free but has an in-app purchase and it requires an active internet connection to play.

Asphalt Airborne 8 is one of the most popular racing games on the play store. If you are playing Android games for a while, then I am pretty sure that you have already stumbled upon it. If not then you should try this racing game now. It will make you escape from reality and fly in the air. There is a career mode where you can progress via playing or you can pay to get new cars. As you progress new rides will be unlocked for you and you will face the heat. You can also play multiplayer online. With excellent graphics, this racing game for android gives you excellent maps and roads.

This is a very popular drag racing car series. The locations are city streets. In this game, you will be amazed by the graphics, addictive game play. It comes with an online player vs. player competition. There are several parts of this game which will make you feel like a racer. Great racing game for Android users to check out.

If you love to race on the real racing tracks then this is your jam. This Android game takes you to the racing track and allows you to ride more than 10 racing cars from top manufacturers like Porsche, Ferrari, Lamborghini, Chevrolet and etc. There are several types of play like time trials, multiplayer, ghost challenges, etc.

Its specialty is its real tracks, and real people, real car features. From leaderboards to multiplayer, this racing gaAndroidoffers a lot to the gamer.

This is a small yet addicting racing game. It’s a game that gives you the ability to outrun the cops like the new 80’s California. There are 30 fast cars from top-notch manufacturers like Lamborghini and Ferrari. You will dominate California streets with these powerful cars. There are several mission types of this game like escape the cops, defeat bosses, and others.

What about racing on water? Sounds good? This is one of the best aquatic racing games available for mobile users. It is developed by the infamous Ubisoft. It comes with astonishing graphics and actually has a storyline for you to pick up. You will be driving in several exotic locations, meeting new drivers, fighting the mafia, and unlocking your vehicle. You will be given enough materials to customize your speedboat. There are several modes on this racing game which include player vs player, multiplayer, drag racing and others. There are many racing missions available in this game. Note that it’s free but in-app purchase exists for better gear and essentials.

Another good drag racing game for android. You can start a team by inviting your friends and racing to win tournaments. Besides racing, you will be doing modding to your cars. There are several real licensed cars available for you to use. If you love the multiplayer racing game then this is your jam. You will meet new players on multiplayer where you will build up your new community. More than 20 million players have tested this game.

Love to play real games in real-time? In this game, you will be able to race in real-time with real players. Racing rivals have several real-life licensed cars from the real world like McLaren, Subaru, BMW, etc. The game itself is very appealing for being a multiplayer racing game for android.

Beach Buggy Blitz is a racing game for fun-loving gamers. This is an easy to race game where you will be racing on a tropical beach. You will have to hit the checkpoints before time runs out. While racing you will have the opportunity to collect coins to upgrade your vehicle. There are obstacles like huts, animals, and fellow racers on the street which you need to avoid as colliding with them will slow you down. The graphics are very nice, vibrant, and cheerful. I also installed this game and burn some times. This is a kid-friendly racing game to download.

5 Funny Multiplayer Games You Can Play With Your Chromecast

Are they all game controller supported?