There are many applications in the playstore which will help you to listen the music in your ways. As the smartphone’s are getting more popular day by day it is becoming our media player also. We are glad because there are many developers who are creating many apps for the android users. There are various types of android application for music related things. Some of the app are better than other to listen music. We have chosen 10 Best Music Player for Android. let’s have a look . 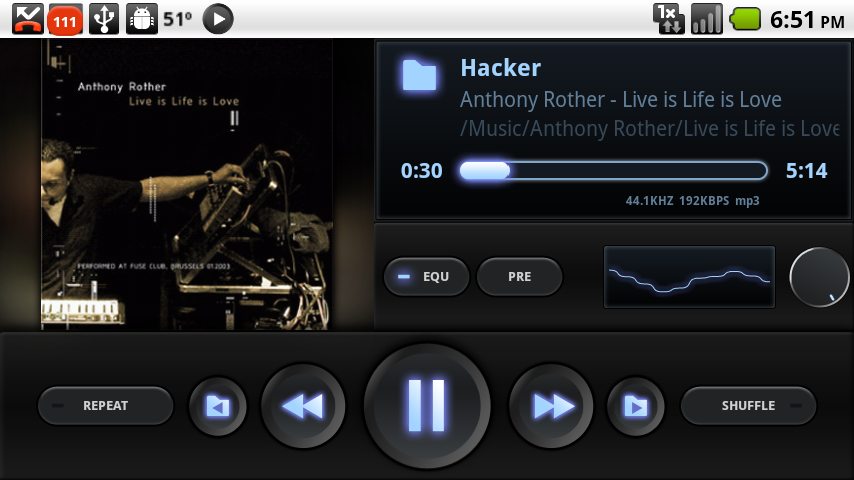 Undoubtedly it is the best music player for android users. SO it tops our list. It offers a huge range of features for the users. The best feature of poweramp is that it allows you to tweak your music as the way you want it to be tweaked. If you have ever tried to play FLAC files in your music player than you might have noticed and experienced trouble to play FLAC but PowerAmp faces it like a pro. Not only FLac but poweramp can handle OGG, WMA, ALAC files as well. Few apps can handle these files and PowerAmp is one of them.

It’s equalizer is one of the best equalizer in the market. It has 10 bands which supports bass treble tweaks ,mono mixing,replay gain correction. These might not generate interest among the casual music listeners but for the power users OH hell yess!!!

Power AMP is free for first two week but after that it will cost you $3.99 to get the full version. 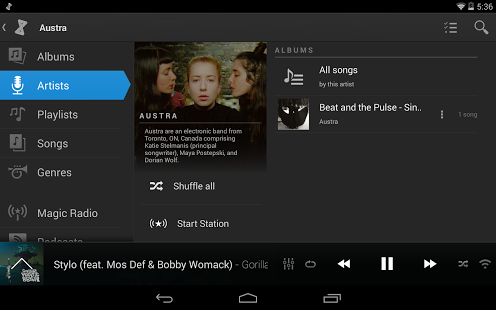 Foubletwist : one of the best android music player

Another best android music player is doubletwist. They always kept improving their service. One of the best and unique feature of doubletwist is that it can sync your itunes library with your android device without any pain. AFter the kitkat update doubletwist revamped their interface to kepp up to date with the new android design. Their interface is pretty sharp and fantastic and one of the best in the market. It allows users to have a quick navigation around the music and playlists.

Another great feature of double twist is that it can act as an airplay device which is similar to an iOS device which allows to stream content to any AirPlay receiver. There are no similar like services in android which makes it unique and ompetitive advantage for doubletwist.

It has another features which is magic radio. Yes it is like pandora. It has 7 day fre trial but after that it will cost you $24.99 per year. Buti if you are just a normal music listenerer than you won’t need this service. It might not have strong equalizer or other features like piweramp but it surely is good enough for listening music .

Even though google play music is often named as a service to purchase from the play store and stream from google but it is good enough to listen music also. I kinda like this app to listen music.
With clear and beautiful interface ,google’s play music is a very good application if you are a casula listener who don’t want to tweak any sound or do something extraordinary with the sound. Some people might not like the idea of not using any extra features like poweramp but some might find t simple. It’s built in sound equalizer is quite good enough from my perspective. It’s a simple music player which won’t give you any hustle.

One of the most under rated music player ever. Even though it has almost all the features to grab your attention but you have never heard of it probably. With the sleep timer, gap less playback and different themes with built in equalizer it is one of the best app to play music in android device ever. it has free and paid version which is only $0.99.

Fusion is a little bit different app than others. It beleives that discovering music is a part of the music listening. It’s design is quite slick and it provides tab options where you can see the top ten song in the billboard. While listening to the sngs it might recommend you that what song might suite you or what songs are runng best or hit in the market. They have a radio tab where is features the shoutcast radio.

It has the regular set of music player features including the equalizer ,lock screen widgets,shuffle. They have gesture and shake support for the devices who have the proximity sensors. These features are fun to use.