Google launched Android One in India 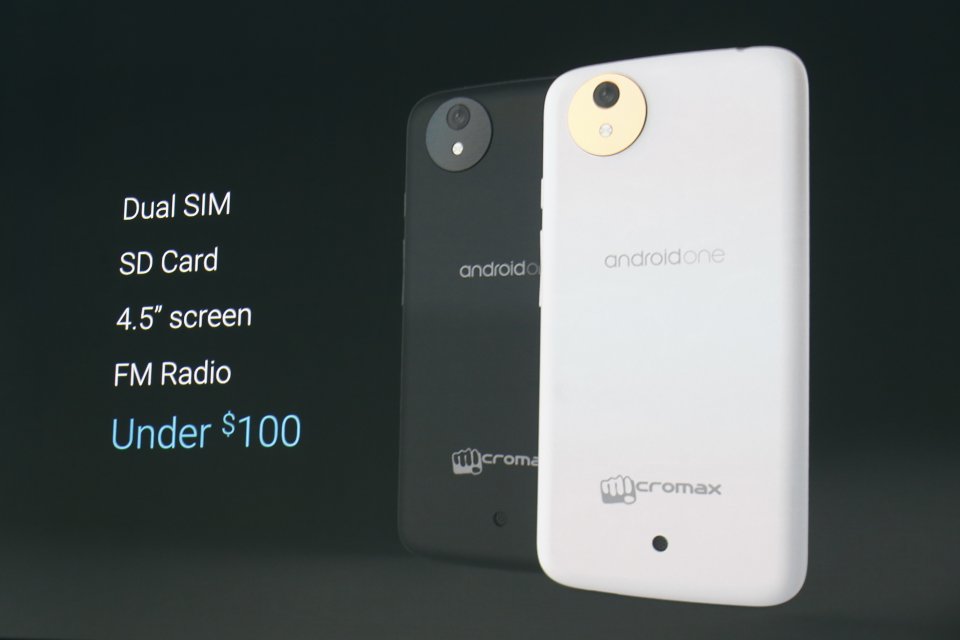 In the I/O of 2014 Google announced Android One might get released in India and finally it is released in India. First three phones which will be launched are Karbon Sparkle V, Micromax Canvas A1 & Soice Dream UNo. Their price iswritten respectively 6399 ($105) rupee, 6499($106) rupee & 6299 ($103) rupee. So we understand that the dream UNO is the cheapest among these android one handsets. These are sold through different online stores.

These smartphones are almost identical. They share the 4.5 inch ,854*480 resolution IPS display along with the 1.3GHz Quad core Cortex A7 CPU . They have 1 GB RAM and 4GB storage space with micro sd card support. They have a replaceable battery support which is 1700mAh. You might wonder about the difference which are actually the interface and physical design.

A very interesting fact about android one users is that they will be able to download and play the you tube videos for offline mode. Beside this they will have the access to the content of Google newsstand for one year.
India is the first country ever to get the android one which will late be available at countries like Indonesia, Philippines and South Asia (Bangladesh,Pakistan)

It is a very good initiative by Google to bring such classy smartphones for the masses. As the masses needs technology this might reinforce their interest. However there are some other companies like Xiamomi and other companies who targets masses in India & south Asia. It might take some to see that who wins in this market.